Remember how Richard came up with the idea of building an entire new internet via maximizing data compression on a cloud based system that drove the entire Silicon Valley absolutely crazy? If you’ve, Man was it devastating when ‘The Pied Piper’ lost their Data Servers just ’cause of the Traffic they’re too weak to handle? Well maybe you have no idea what I’m talking about, and I get it, I’m not here to give you a flashback of the most adorable Tech show, but instead, talk about how almost every company out there needs to have a solid Data storage infrastructure. Ever speculated about how you’re able to binge watch your favorite Netflix TV shows or Post thousand of pictures online? Data Centers get the job done! Period! 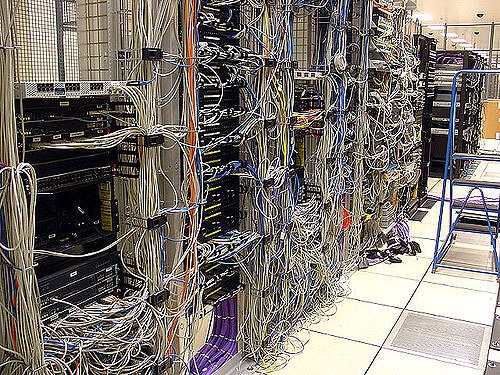 There used to be a time when IBM, Or Google were known for their massive Data Centers. Then DropBox entered roaring in to share the load via cloud services, But look at us now, with everything now being stored digitally, I wasn’t amused when J.P. Morgan hired the elites of Data Analysts who now operate it’s data centers with operating costs of well over $500 million. Yes! A BANK did that. Facebook is expanding every single day, and ‘Making the world more connected’, but how is it doing that? Yes! You guessed it, Data centers take care of keeping all the Billions posts shared on the social media platform by roughly 1.9 Billion People across the world, accessible. (TechCruch reports: A look inside Facebook’s data Center), with 6000 tweets tweeted, 40,000 Google searches done, and more than 2 Million E-mails sent every single second, I leave the math to you! As of September 2014, The internet has 1 Billion active and parked domain websites, said Tim Berners Lee, the inventor of the World Wide Web, in a Tweet. And these are the websites that are indexed by Alphabet inc., famous as Google, Bing and other search engines, but what about the websites that aren’t?

And how about shifting our focus to Apple, the first iPhone came out 10 years ago, and Apple is now the most sought after smartphone company in the world, followed by Samsung. (The Telegraph Reports: Apple topples Samsung as world’s biggest smartphone maker.) What led to this? Well Marketing was that link between the companies and the users, but Marketing just via Billboards and TV commercials has now become a thing of the past. Digital Marketing invaded and sliced the industry in it’s own domain, everyone wants to sell, and they know they can’t do it without the internet. How does YouTube endorses thousands of these commercials by such Tech Goliath? Well, Money is one thing, but Data is that currency that sets you up in Tech business. The well you handle it, the well you sell. Apple is taking over the world of Consumer tech right now with iCloud, and syncing iTunes and Apple Music just via a click, that’s it! Not forgetting the brand new Beats one Radio or OVO sounds radio and the much anticipated iOS 11.

Amazon is probably the hottest thing right now on the internet, sounds like a movie how a man named Jeff started selling books online and now has become the biggest name in Silicon Valley and the world, something that started off as a small E-commerce is now aiming to become the next Netflix (via Amazon Prime) and a pioneer in robotics and Space Research. (CNN Money reports: Jeff Bezos tests giant Robot suit.). All ’cause he handled the DATA decently. So It’s true that your favourite Tech company is making a huge amount of money, but they’re paying a hefty price for that. Still don’t have FAITH in TechxFaith? Well we got it backed up! Here,

CNBC in a recent Report on Apple: Apple invests $1 billion in a Data Center in China.

The Stack in a recent Report on Twitter: Twitter reported to have made massive data center investment in Atlanta

Verses handling of Data has now become as significant as managing your Startup Funds. The demand for Data Analysts & Scientists is on the rise more than ever. All ’cause of the recent statistics that imply that just Google, Amazon, Microsoft and Facebook collectively store at least 1,200 petabytes between them. That is 1.2 million terabytes (one terabyte is 1,000 gigabytes). Jack Ma, the founder of Alibaba.com proudly emphasized on how significant it is for almost every company (irrespective of it’s domain.) to handle the data. Well, I guess you’ll agree with him. You wouldn’t be reading this Blog if WordPress.com didn’t handle the 28% of the entire web traffic so well that it does, today!

Well the rules are simple, want to be the next big name in tech?  Just know that we don’t need Harvard MBA’s or the best of stock brokers on Wall Street, But instead, the people who can carry out the math, do massive data analysis and Handle it!

22. I like to read and have good discussions on technology, politics & leaders, and Human rights! Whenever you are nearby, let’s catch up, there’s nothing as good as having a good conversation. Sounds good? View all posts by Shivankan Mathur

5 thoughts on “Want to become the next Apple or Bloomberg? Give Data Centers a thought.”

This is a text widget. The Text Widget allows you to add text or HTML to your sidebar. You can use a text widget to display text, links, images, HTML, or a combination of these. Edit them in the Widget section of the Customizer.